I Promised Myself I Will Never Do This Again

What the hell was I thinking?, I asked myself for the millionth time.

I had never been more miserable.

I was on my third day without a shower let alone makeup, carrying a fifty pound backpack up a mountain, eating canned beans, and swatting the black flies from my face.

It was the infamous Dartmouth Freshman trip. A chance to “bond” with your incoming class.

Yeah, right. The last thing I wanted to do was bond with anyone looking and feeling like I felt which was downright shitty.

I had never camped outside in my life let alone hiked for five days straight in the mountains.

Not wanting to sound wimpy (wimpy to who I’ve since asked myself), I checked the box that said I was a medium fitness level (ha, what a joke back then) and what the hell, I’ll choose hiking instead of kayaking or horseback riding.

Sure, why not choose the option that requires the most effort instead of letting some other instrument do the work for me?

The guys on my trip took pity on me on day 4 of the five day trip and took about half of the stuff out of my pack to carry in theirs.

Thank goodness I removed my hairdryer at the last minute! That would’ve been super embarrassing. I did bring my makeup but I hid it at the bottom of my pack.

That was my first experience at camping at age 18 and I swore I’d never do it again.

Fast forward six years and my law school boyfriend (who later became my husband) talked me into giving camping the ole’ (another) college try over Spring Break.

Fort Pickens it was. We borrowed a tent.

It rained. A LOT. The entire week in fact.

And our tent leaked. A LOT. 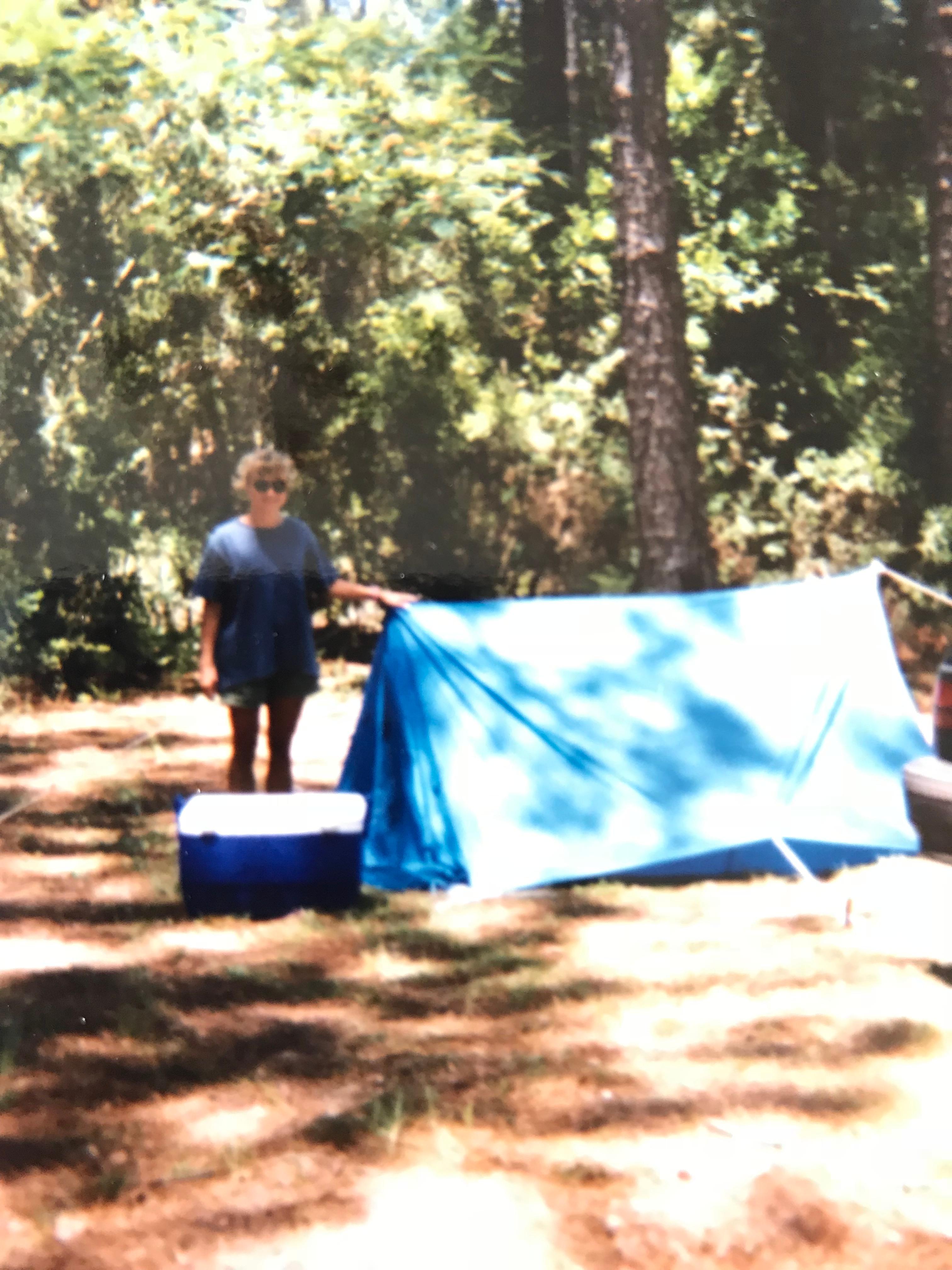 This time we had a boat and we were camping out at Fort McRee.

It was hot. My husband said he’d sleep in the cabin with one of the kids and I could take the tent with the other child who were around 8 & 10 at the time. It would be cooler in the tent on the sand.

The hard packed sand. No air mattress. Just lying on the ground with a sheet.

I tossed and turned all night trying to get comfortable.

But the good news is that it was three strikes and I was out.

Mark my words, NO MORE TENT CAMPING FOR ME.

And I haven’t in over eight years.

My idea of roughing it now is the Super 8.

It’s all kind of ironic when you think about my love of trail running. I’ve run through numerous spider webs and dodged snakes and traversed mud, roots, and rivers.

But no matter how long I end up running (the cut off time for the upcoming 50 miler is 16 hours), at least I know that I’ll be laying my body down on an actual mattress with a roof over my head that night.

Kristen “No More Tents for Me” Marks

P.S. Have you subscribed to our You Tube channel yet? If not, please do so now by clicking the photo below.

P.P.S. Check out these paper towels.Do you think my husband is messing with me again? 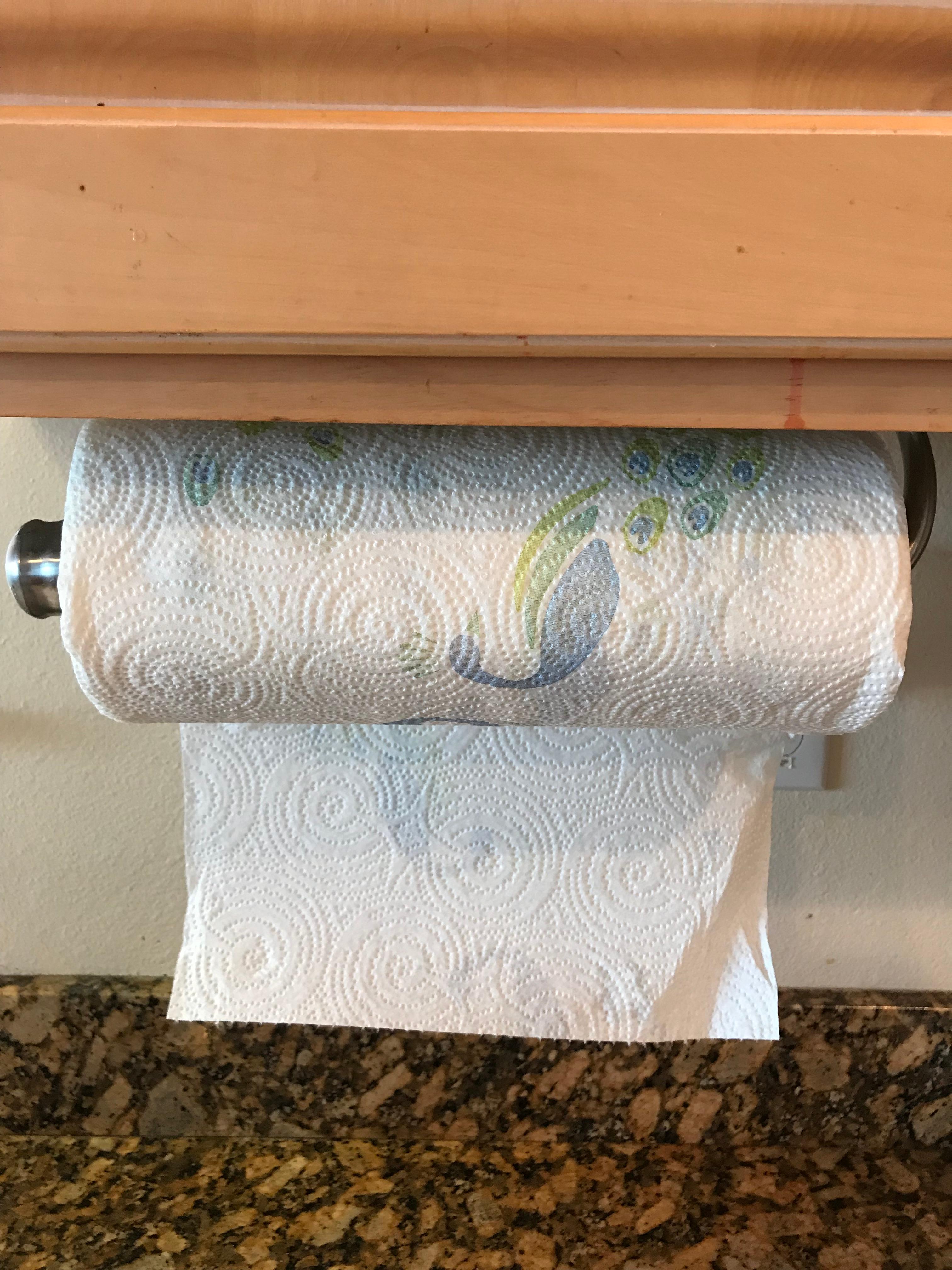