Who's Ready For Some College Football?! 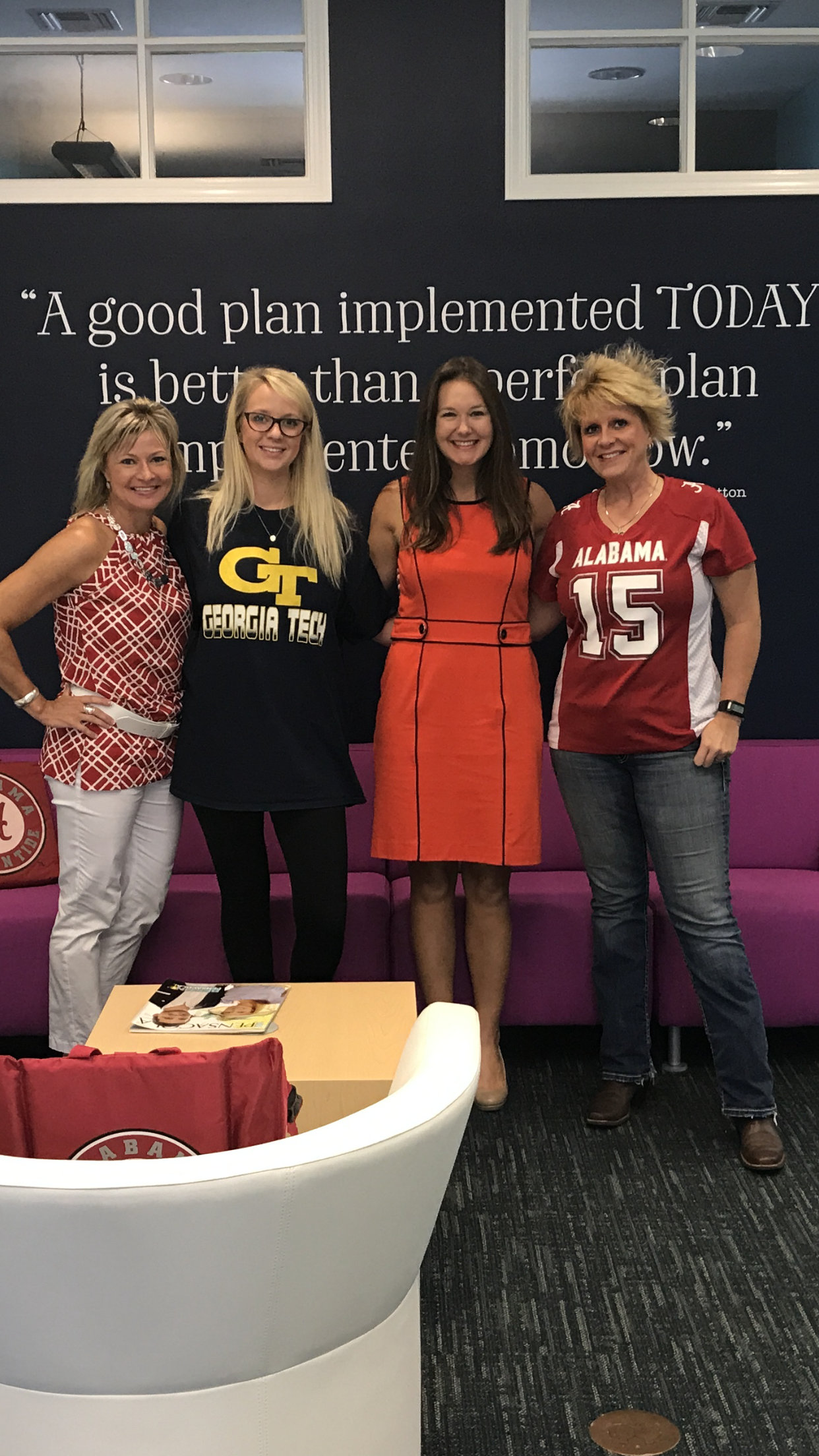 My Pink Lawyer® celebrates Football Friday at the office during college football season.

I have been soooo ready for college football season to start since we moved Jill into her dorm several weeks ago (in case you didn’t hear how that went, you can read about it here).

Of course we are Alabama fans. My husband and I met 25 years ago at law school at the University of Alabama.

We aren’t bandwagon fans either.

Sure, the team has seen great success under Coach Saban’s tenure over the past ten years. But Andrew and I remember the lean years following the 1992 National Championship (our first year of law school).

I started reading the new book, “4th and Goal Every Day: Alabama’s Relentless Pursuit of Perfection”, by Phil Savage, which discusses Coach Saban’s successful rebuilding of the Alabama football program through what has been coined “the Process.”

It’s a fascinating read and I won’t spoil the book for you by explaining that the Process is about the prescription (repeatable system), relentless preparation, and the practice (oh, lots of practice).

The Process is a set of repeatable systems that has obviously led to success for the Alabama football program in recent years.

While reading the book, I realized that we too employ repeatable systems to guarantee our client’s planning success.

We have a proprietary formula or system that we follow in our consultations to discover a client’s planning goals, including who they want to inherit their assets, on what conditions and when, and which planning vehicles are best suited to accomplish such planning goals.

Where Coach Saban’s approach and mine differ is in the focus of the system.

The Process focuses on what you can control rather than the outcome.

The My Pink Lawyer® "System" always focuses on the outcome:

How to pass along your hard earned money and assets

To the People that You choose,

When you want them to have access to it,

Who you want to help manage and facilitate it,

in the most Simple, Economical way possible.

We love to make the trek to Tuscaloosa for home games as often as possible. However, we promised our daughter that we would only come up for three or four home games this season.

I’m worried she may cramp mine!