It's All Fun and Games Until The Goat Tramples Your Toddler 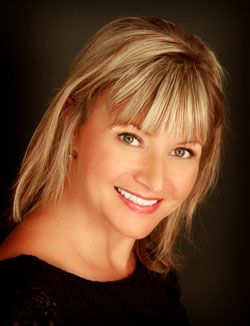 Kristen Marks, ultrarunner, attorney, author, speaker, proud wife and mom, is the founder of My Pink Lawyer®. She has been helping Florida women and families protect their assets from unnecessary government interference, exorbitant legal fees, lengthy time delays, and family fights for over twenty years.

“Oh my gosh, is your son alright?”

I had just scooped Drew up out of the dirt and was brushing him off.

My two year old had just been trampled by an eager goat at the petting zoo who excitedly made off with his cone of feeding pellets. So much for feeding it to the goats himself.

That’s when I noticed the hoof print imprinted on Drew’s cheek.

After the initial shock wore off, I couldn’t help but laugh. The hoof print really did look hysterical and Drew seemed unfazed by the entire incident. (He’s always been a stoic kid even when this mom made him limp to school for a week before getting his broken knee x-rayed. But that’s a story for another day…)

The question came from another mom. I guess she must have reported the incident to management because I had several employees ask me if my son needed medical assistance over the next hour. 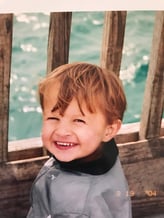 Happier times without a goat lurking nearby

As a parent, I am willing to do anything to protect my kids…from others, themselves, even errant goats.

Andrew and I have set up our family succession plans to hold our kids’ inheritance in trust until they are older (mid-20’s for now but that may change as they get older!). The money can still be used for their education and benefit in the meantime but they won’t be able to blow it on fancy cars, expensive apartments, designer clothes, etc.

It’s not that we don’t trust our kids. It’s just that they’re young, naïve, and inexperienced as all teenagers and young adults tend to be.

We want to give our kids some time to mature, go to college and focus on their studies, and be young without the pressure of managing an inheritance.

We’re not talking millions here either. Even a few thousand dollars seems like a million dollars to a kid making minimum wage.

They’ll get their inheritance outright when they’re a bit older and hopefully, more mature and settled.

I still laugh when I think about that day at the zoo.

You can bet, however, that I was extra vigilant about wild animals around my kids after that.

Kristen “Trying Hard Not to Laugh At My Kid” Marks