Don't Be Like Prince And Fail To Plan Your Estate. Call Your Estate Planner Today To Get Your Affairs In Order. 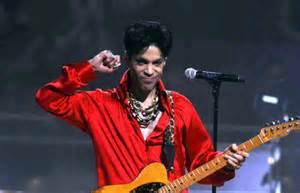 Just hours after the death of Prince, a rainbow appeared through the cloudy sky above his home in Minnesota.  Mourners paying their respects outside Paisley Park saw it grace the skies and believed it was Prince saying his last goodbye.

No question we lost the Prince of Pop too soon, and with no will having yet been discovered, perhaps even Prince himself thought that he would live forever.

In situations where a person dies “intestate” (no will or trust which owns the person’s assets), state law dictates who inherits the person’s assets. In Prince’s case since he was not survived by a spouse nor any descendants, his siblings, both full and half siblings, will share equally in Prince’s vast estate, reportedly valued at over $300 million, including his master recordings, unreleased music, and real estate holdings.

While the search for a will continues, the probate court appointed Bremer Trust, which has handled Prince’s financial affairs for years, as special administrator of Prince’s estate.

Not unusual for many substantial estates, trouble is undoubtedly brewing on the horizon as purported heirs will likely try to stake their claim at the Prince family table.

At the request of Bremer Trust, the probate judge authorized DNA testing for Prince’s blood and set a time limit of four months for anyone to claim that they are a legal heir of Prince. As a well-known ladies’ man, it is not out of the realm of possibility that a child may surface and, if so, Prince’s siblings will be cut out of his estate.

As a savvy businessman who advocated for artists’ rights, it is shocking to many that Prince did not have a will. After all, would he have wanted to leave his musical legacy and everything else he worked so hard for his entire life to his troubled siblings? Prince’s younger sister has a history of prostitution and substance abuse problems and once even pawned Prince’s car for drug money. Prince filed a restraining order against another sibling.

Prince’s death should be a wake-up call to everyone that no matter the size of your checkbook or balance sheet, when you die without a will, you lose all say in who inherits your money and property, who will raise your children, who will take over your business, etc.

Don’t be like Prince and leave your life’s legacy to chance. Be proactive and get your affairs in order, starting with your will.

Register for one of our upcoming Women Empowered Workshops