Monitor Your Kids And Use Caution When Playing Pokemon Go 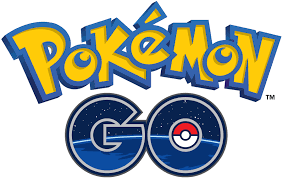 Pokémon Go is the newest craze in mobile gaming for children and adults alike. [Sidenote by Kristen: I created an account over the weekend just so I could stay in the loop with my kids.] Here’s a quick primer on the game for you and some cautions to warn your kids about too.

It uses a technology called augmented reality, which allows players to use their smartphones to “walk” through the virtual Pokémon world and “see” Pokémon creatures in the real world, based on their location.  In other words, when a player travels in the physical world, they are also traveling in the Pokémon world on their phone.

In the game, players collect Poké Balls, which are needed to catch Pokémon creatures found all over the city at “PokéStops.”  Once they have collected Pokémon, they can battle them with other players at “gyms.”  “PokéStops” and “gyms” are located at real public places, such as libraries, churches and landmarks found on a digital map in the game.

Though, this may seem like a great way to make friends and get some exercise, there have been some safety issues concerning the game, as well.  Is it safe to be wandering through the physical world while staring through a phone screen?

There have been reports shared in the media of Pokémon Go’s dangerous encounters, like Pokémon popping up near subway tracks, dark alleys, and cemeteries.  This can lead to criminals praying off of players who are unaware of their surroundings. A teenager even found a dead body while searching for a Pokémon, and just recently, two men fell off a cliff while playing the game because they were so distracted.

Further, there are reports of Pokémon players being robbed and carjacked at “PokéStops,” and police are concerned that the robbers used the app to intentionally target victims.

All of this does not include the high amounts of trespassing onto private property, which you can face criminal charges for, and car accidents due to players looking at their smartphones to find Pokémon creatures nearby.

Pokémon Go certainly raises an eyebrow in the legal world.  We encourage you not to play while you drive, and when you play while you’re walking, be aware of your surroundings, respect private property and businesses, and to play in groups as a safety precaution.