Check Out This Oxymoron Lifestyle Many Millennials Are Now Embracing...

Amanda Lynch Elliott is a native of Pensacola and an associate attorney with My Pink Lawyer®. Amanda and her husband recently became new parents for the first time. Amanda enjoys running, yoga and paddle boarding, and has a twin sister.

Recently, I listened to an article called “The Affluent Homeless: A Sleeping Pod, a Hired Desk, and a Handful of Clothes.”

“Affluent homeless.” Talk about an oxymoron!

This style of living coined “rental life” in the article – or minimalism - in other words, owning less and sharing more, is extreme.

The journalist interviewed a young-ish man living in Hollywood and working in social media advertising. He is educated, owns his own business, and could otherwise be considered “well off.”

The article chronicled his daily routine which involves, for the most part, usinga bunch ofthings he does not own.

For example, he does not own a car. Instead, he uses a rideshare service to get where he needs to go.

He rents a desk at a coworking space.

He does not own a home. Instead, he rents a bed in a shared living space. 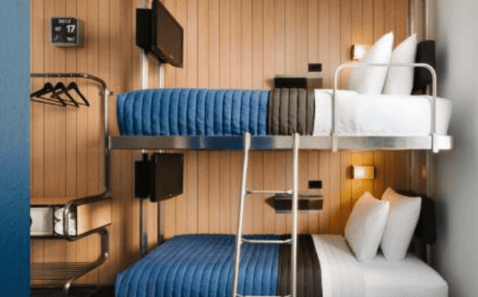 You get the idea.

The kicker – the only clothes he owns are two versions of the same outfit.

He owns sofew belongings that he even gave his backpack away.

This free, nomadic lifestyle isn’t a new concept by any stretch of the imagination. These days, however, they aren’t traveling around in an old school bus with flowers painted on the side.

Experts on the subject suggest, though, that the rejection of traditional norms represents something even deeper - a fundamental shift in American capitalism as a whole.

Even though these young folks own less than their parents, they still have stuff. It’s just not tangible.

Skyler Wang, a Ph.D. student studyingthe subject, goes even further to suggest that these minimalists are hoarding digital assets instead.

Their digital assets include tons of photographs, Instagram and other social media content, creative works stored in the “cloud,”music files, e-books, e-magazine subscriptions, and the list goes on.

For those that earn income through online/virtual collaboration and sponsorships (for example, lifestyle bloggers), digital assets are directly related toincome.

It’s no doubt that this lifestyle isn’t for everyone.

However, it is indicative of the ever-changing, increasingly modern world we live in.

Your law firm should keep up.

While you can’t lease an estate plan, at My Pink Lawyer®we can make sure that your digital assets, financial accounts, and creative works are included in your planning.

We can suggest actions for you to take now, such as identifying your digital assets and accounts, online bill payments, making a list of passwords, income sources, etc., and purging old files.

(Tip: There’s a great, free app called Unroll.me that allows the user to group similar emails into a daily “roll up” and unsubscribe from others.)

Part of our job is to ask the right questionsso that when you’re gone, your digital assetsare accessible to whomeveryou’d like to have them.

Many past clients state that the process is easy and seamless, from scheduling the initial appointment to the finished product.

This is largely in part due tothe many processes, programs and software utilized that make obtaining and securing information a breeze.

For those truly nomadic clients mentioned previously,virtual appointments can be held for clients who reside within the state of Florida.

We live in a modern world. Your estate plan should reflect that.